For 15 years we have been in the hog industry. For the most part it did very well for us. We got 1400,50 lb. weanlings 3 times a year. They would be in free roaming barns that we cleaned out once every week and bedded them with straw so that it would be a better environment for the hogs. It was a nice way to have even the younger boys in the family involved. Our boys have often gone along with Henry on the skid steer at a very young age for hours enjoying the ride. But for the last 2 years we have been trying to stick out the low hog prices,thinking that it has to go up any time. But after shipping this last batch and still losing money we were forced to make a decision that was hard to make. So this has been a hard week for us and saying that final word that we wouldn't be filling up again. It was like Henry said "It felt like being defeated." So here we are asking the Lord to open a new door for us. Here are some pics of the process that we went through 3 times a year. 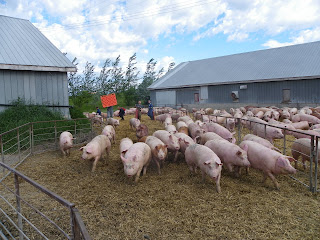 We would have them outside for weighing. They had to weigh about 250 lbs. to be ready for market. 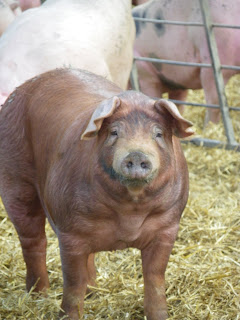 Soon it's your turn Mr.Piggy 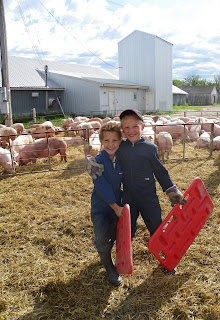 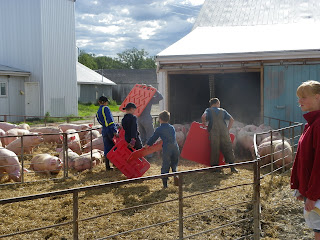 With all those boys the pigs didn't have much chance but one way only,that was to the scale. 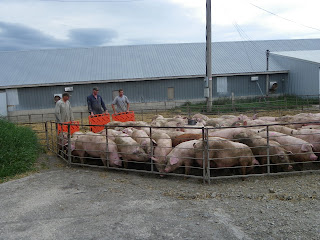 Rounding them up to be chased onto the semi. We could load up to 230 in a load. 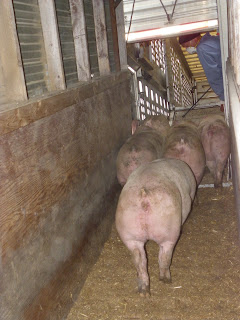 Up the ramp and away! 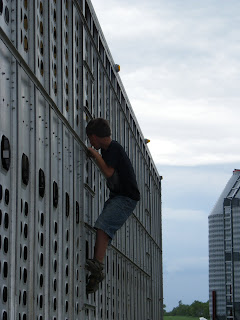 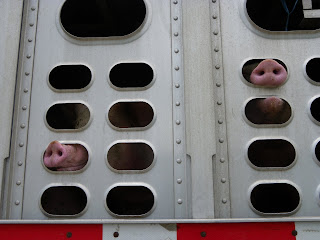 We hate to leave your place, but we're on our way! 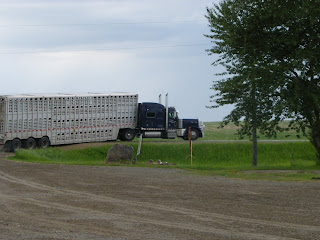 
So if any one has any ideas of what we should use these barns for,we are open to suggestions.

Posted by Living In His Blessings at 6:00 PM

Living In His Blessings
We are a farming family in the southwestern part of Manitoba. We have a family of eight children.We are a home educating family.I do this blog together my daughter.Come along with us as we jounry through this life.